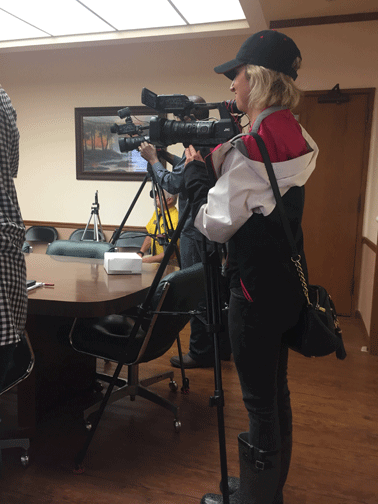 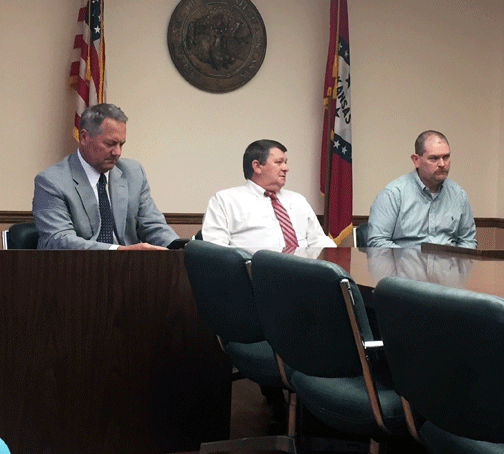 “It’s closed, it’s done, Ray said. “There’s litigation from New York to Florida against that guy (owner Jorge Perez), you wouldn’t get a clear title forever there are so many liens against it.

Ray said that the hospital has effectively been out of business since February when it was placed on diversion and not allowed to take patients.

At a news conference held this afternoon with De Queen Mayor Jeff Brown and UA Cosattot Chancellor Dr. Steve Cole, who also serves as Sevier County Rural Development Authority joining Ray, Cole said that it was “unacceptable” that the county was now without a hospital and announced that they were taking action to build a new hospital for the county’s more than 17,000 residents.

Cole said that he, Brown, Ray and their legal team had had spent hundreds if not thousands of hours working for the last six months to keep the hospital open.  He said that despite having the “best healthcare legal team in the state”, the problems with the current hospital was like peeling the layers off of an onion that seemed to have no end.

Cole said that they first wanted to preserve what they had with emergency services but with the problems inherited from the current owner, it became apparent that wouldn’t work. He said that due to a “tremendous debt load”, their inability to to fulfill a corrective action plan was the final nail, and that as the week began, they came to the realization that taking over ownership of the medical center was not an option. While they had a plan with the current owner to purchase the hospital’s license, the liens the owner had accumulated were too much of a barrier. Cole said that Medicare and Medicaid had liens on the hospital's license and that all monies received would be confiscated no matter who owned the license.

Earlier this month the county won receivership of the hospital but they were unable to turn things around and fulfill the corrective action in such a short timeline and with the hospital owner's lack of assistance.

"We thought then that we had a game plan and thought at that point in time that we would be able to fulfill the corrective action plan," Cole said. "But there were pieces missing under control of current ownership that made it impossible to complete the corrective action plan. We pulled out every stop that we had and we just could not overcome what is attached to this hospital."

The voluntary surrender of the license will be on May 7 and Cole said that they will make physical notice to the community by placing signs and/or removing the ER signs out front of the property according to protocol, He said that there has been no location chosen for the new hospital.

Cole gave kudos to the 35 hospital employees that hung on until the end, working without a paycheck to keep the facility open.

“These are people that showed up for months because they love the community and the hospital,” he said. “We owed it to them to keep it open the best way we knew how.”

Cole reiterated that the county needs a hospital and that there was physician and community support for it.

"This is a must have in our community and shouldn’t be debatable," he said. "All of our people deserve this kind of healthcare."

Brown said that they had "not left a stone unturned" in their quest to keep the facility opened and that a locally owned hospital was the direction and only option they saw going forward.

"No one cares about us like we do and this has been going on for 17 years because it's not locally owned," he said. "We have to have a place to save the lives of our citizens. It's not an option — it's something we have to have as a community and we're going to keep fighting until we get what we’re after."

'I was enraged': Partner of fallen officer reacts to Trump's comments about Jan. 6

'Is there a contradiction?': Acosta presses DHS secretary about policy

'Your way is failing': Tapper pushes back on GOP governor for Covid-19 response