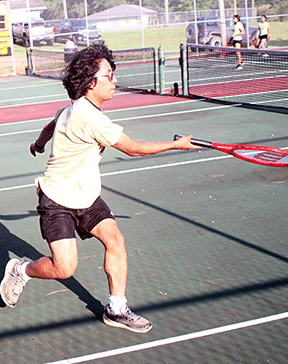 Leopard Saul Felipe stretches for a return against Hope. 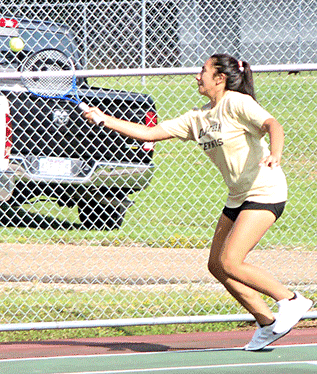 Perla Zapata of De Queen volleys in her match against Hope.

On the boys side Jair Maruffo won in singles 6-5 but Allen Hong fell 4-6.

The girls competition was all doubles. Kyla Ferguson and Elise Dean shut out their opponents 6-0. Jera Cotten and Allison Dockins prevailed 6-4.

In a Sept. 3 match with visiting Malvern, the boys split. The visitor won four girls matches to De Queen's two.

In girls competition Elise Dean won her singles match 6-1, then teamed with Perla Zapata for a 6-2 win in doubles.

VIDEO: 7 things to know about the Pac-12's return to football and basketball seasons

Photos: Nebraska didn't win both Weeks 2 and 3 of the 1970. But the Huskers didn't lose, either

Photos: Nebraska didn't win both Weeks 2 and 3 of the 1970. But the Huskers didn't lose, either